The place to discuss everything else..
Post Reply
8 posts • Page 1 of 1

As a newbie this is my first post but I hope it is appropriate. I have recently bought a Karoq SE-L 4x4 2.0 diesel and as such have had my first experience of using Adblue.
At 6400 miles I topped up the Adblue tank using Redex Adblue. It is sold as having a leakproof container that you can safely carry in the boot.
A day after topping up I opened the boot and found a white crystalline substance that had formed after some leakage from the Adblue container. I think it may have been fluid that was behind the label after putting the spout back in the storage.
I hoovered it and washed it away with water and carpet cleaner. Next day it was back. I did the same again and next day it was less but still there.
I emailed redex asking for advice but have not had a reply.
Today there was still the white formation so I have washed it again. The boot floor is not easily removed as it is screwed in place. I have attached two images of the substance. Has anyone else had this experience with Adblue? 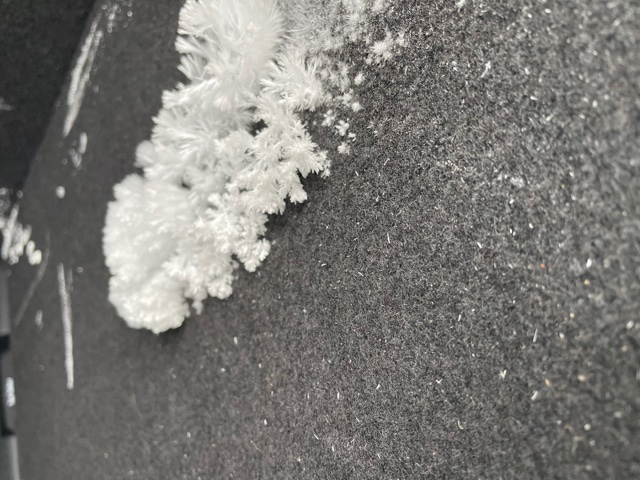 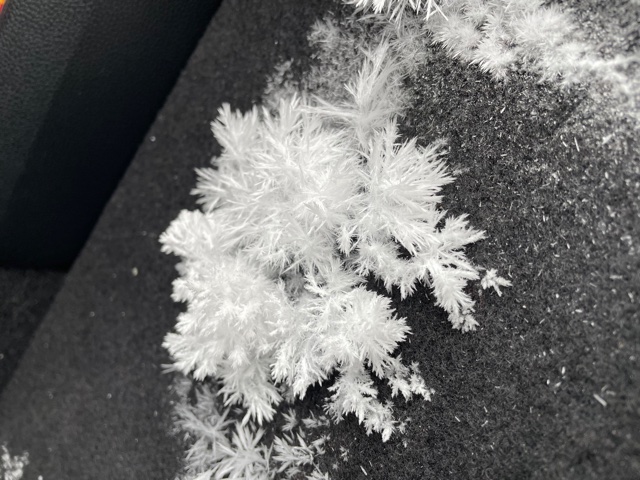 Update. I am still trying to get rid of this mess. Has anyone got any ideas on how to clean this up? Redex never replied to my query. There are no warnings or advice on the container. All advice welcome. Thanks.
Top

I've no experience with AdBlue, but according to this website spills sound rather nasty! https://www.hytekgb.com/blog/post/adblu ... hat-to-do/

And this website talks about using a 'spill kit' to remove it: https://www.tanks-uk.com/are-you-prepar ... -spillage/

While this one suggests you can wipe it off with water and protective gloves:

Spilled AdBlue
Accidental spills of AdBlue on your vehicle’s engine system could happen but this should be cleaned right away. There are specialized spill kits available to clean up any AdBlue spill on your vehicle. If you do not have one, you can use a clean towel to wipe it off. Make sure to clean the surfaces that it had come into contact with to avoid crystallization of the fluid.

As mentioned earlier, AdBlue can cause metal corrosion due to the presence of ammonia. You cannot leave any spills to dry on its own as it can damage other vehicle components.

It is also important to wear gloves when handling AdBlue. This fluid is not hazardous but wearing gloves can avoid any potential irritation to your skin.

Thanks Chris, reading the info you suggested and from my experience it seems the stuff just keeps crystallising until it eventually disappears.
I checked today and there are no crystals, just a white powdery dust, but the stain feels slippy but is not wet. I hoovered it up so will check later.
Top

Update. two weeks on and I am still trying to shift this stuff, but I am making progress. I've removed the floor from the car ( two self tapping screws and three plastic screw on fixings under the rear seats) and have it in my house where I've tried soapy water (cold and hot), methylated spirit , carpet cleaner, brushing and hoovering. The problem is, it is in the fabric hinge on the RH tool access flap which I don't want to damage too much.
It looks like it is gone but when I rub my fingers along it leaves a snail trail and feels slimy so it is still there.
Beware, do not spill adblue inside your car.
Top

Finally got rid of this stuff I hope. I put the floor back in the car and there's been no white crystals for nearly a week. My last effort was to use newspaper over the affected area and a warm iron.
Top

Bramleyapple wrote: ↑
Tue Dec 28, 2021 8:41 am
Finally got rid of this stuff I hope. I put the floor back in the car and there's been no white crystals for nearly a week. My last effort was to use newspaper over the affected area and a warm iron.

My diesel days were pre-Adblue, so never had that problem. But I hope other diesel drivers have found your post useful

Thanks Chris. I got no response from Redex about this.
Top
Post Reply
8 posts • Page 1 of 1